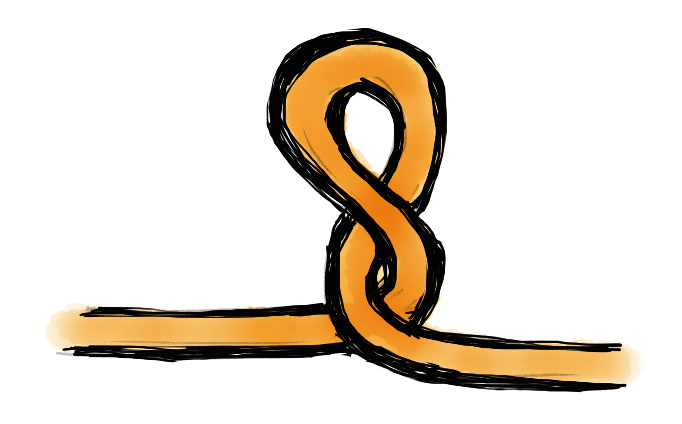 The nucleus of each of your cells contains a highly compacted and organized bundle of DNA, which, when stretched out to a line, would span about a meter. Yet it all fits in a nucleus about 10 microns across — scaling things up, imagine a garden hose that would encircle the earth; now gather it all up to fit inside a football stadium.

Besides the problem of getting the DNA to fit inside such a small space, your cell also needs to be able to access the information that resides in the DNA, and to make copies of the entire length of DNA. If you've had any experience with a garden hose a few meters long, you know it can be a difficult task to straighten it out, without any kinks, the way DNA must be straightened before it can be copied. Just imagine how hard your task becomes in the football stadium.

Thankfully, your cell has tools that it uses to deal with the mass of DNA: it winds the DNA into loops using histones, and can make cuts to relieve torsion using topoisomerases. Still, during the normal operation of the cell, the DNA is likely to get wound up around itself when it gets too twisted. Like an overtwisted phone cord on an old-fashioned land-line telephone, the DNA becomes "supercoiled."

Here at Cornell, in Michelle Wang's lab, DNA is being pulled and twisted to determine exactly how it behaves. They find that it behaves much like you would expect for a rope: if you twist it too much, it wants to jut out to the side and wrap around itself. Using an optical trap, they can twist a single molecule of DNA while pulling on its ends and watch it suddenly buckle into a supercoiled shape called a plectoneme. I have been working with Jim Sethna on a computational model of this setup -- we'd like to be able to explain why the transition happens the way it does.

I'll write more later; for now, here's a link to a movie showing a plectoneme forming. (A caveat: our dynamics are not physical, but it is still fun to watch).